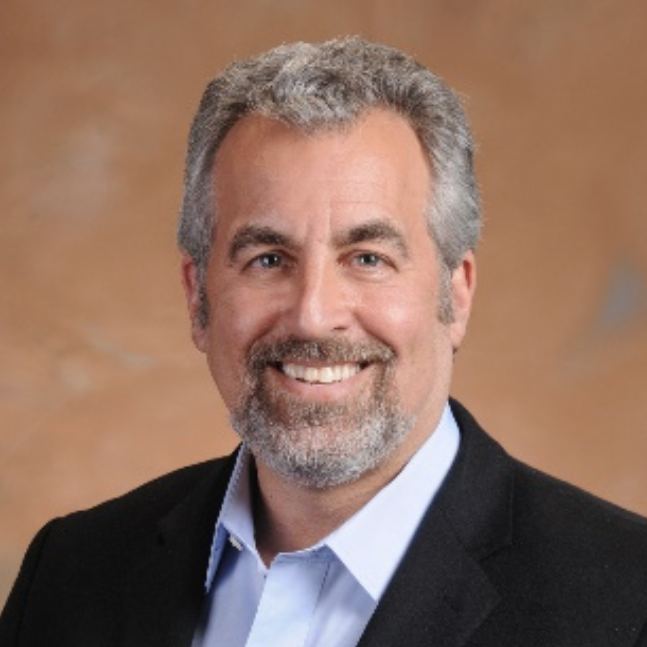 Erik Wolf: Hello and welcome to The Denver Executive Association. Trusted Advisor podcast. Twice a month, thirty-ish of Denver’s most executive executives break bread in our sweet conference room next to the big tower at Denver University. We share our knowledge, we share our connections, we do business together. And twice a month I get to harass my fellow DEA members on this podcast. My name is Erik Wolf and I’m with the digital marketing agency estound. We serve small and mid-sized business owners in Denver and all over the world with website design and development, search engine optimization, pay per click advertising, marketing automation and more. And today we’re going to say a special namaste to my guest Len Silverston who is a corporate and personal mindfulness facilitator and coach. He is also an internationally recognized human behavior and technology consultant. Len is a fully ordained Zen Priest, meditation teacher, and spiritual leader and provides training, coaching, workshops, and retreats through his organization Zen with Len. Welcome to the show Len!

Len Silverston: Thank you, Erik. It’s a pleasure to be here.

Erik Wolf: Well I’m glad it’s a pleasure. It’s a pleasure for me too. So to start with if you don’t mind, tell me a little bit about your business. I get the impression that there’s a little bit more to Zen with Len, other than the fact that you know it rhymes so nicely. What’s it all about?

Len Silverston: So Zen is a Japanese word that means awareness. This has nothing to do with religion at all. It’s about living to the greatest potential that we can. It’s about living according to our true nature and true purpose and getting the most out of life. So what we do is we do coaching and retreats and facilitate workshops and do intensives with people and all different techniques and tools and approaches to really what I think is the most important thing: how to live according to your true nature and purpose and make the most out of life.

Erik Wolf: So how in the world did you get started with being Zen and then taking the leap to where it becomes your business. How did that all happen?

Len Silverston: So back in the 80s I was totally not into Zen or spirituality or religion or anything like that. I had seen terrible things happen with people, really horrific things happen with people religious. So my religion was money and success and what I did is I started Oracle Australias and Oracle Asia and South Pacific, consulting practice I had a penthouse office in Sydney. I was 29 years old and I was on top of the world with materialism and success and all these material signs of success. And at the same time, I was miserable. I was just totally miserable. And a friend of mine I saw had changed, dramatically changed and I said, “What did you do Heidi?” And she took me to this meditation center and I said, you’re crazy, just sitting there doing nothing, you’re absolutely crazy. And things got worse and at one point they got so bad I said, OK let’s try it. So I went on this ten day, 13-hours a day sitting meditation, very very disciplined, had never really meditated much before that. And oh my gosh after ten days it changed my life and I did that course 16 more times and I did many other courses and I went to India and Asia and basically have been studying it for 30 years, a bit over 30 years, and it’s evolved into this organization called Zen with Len. Where now I lead the retreats and do the workshops.

Erik Wolf: So we’re getting a little zen-ness. A little sense of calm here in the that’s studio. So what’s the number one obstacle that’s preventing me from living up to my full potential?

Len Silverston: From my perspective, the number one obstacle is what I call a case of mistaken identity. So Erik, you as well as most of the population are not who you think you are.

Erik Wolf: I really feel like I have gotten to know myself pretty well over the last four decades. What am I missing?

Len Silverston: Well if you were to describe yourself. Who are you?

Erik Wolf: I am Erik. I am a marketer. I am a father. I am a decent guy, people have told me that.

Len Silverston: So I would say yes you’re a marketer, you’re a father, you’re a decent guy, and yet when we ask the question. , are we? What are we? At a deep enough level, we realize you are so much more than that you were infinitely more than that. So I’ve spent hundreds of days in silent retreats. Silent. And one of the greatest realizations that we can see is we are There are creatures. It’s been proven scientifically we have the God particle within us. We have unlimited potential. the I used to define myself as I am a business executive. I am a database consultant. You know I wrote some books, I’m an author. That’s so limiting versus, what if we realize the infinite divine within us. In Christianity the see the Kingdom of Heaven lies within. What if we realize this unlimited potential within us.

Erik Wolf: That’s pretty cool. I’m also. How long were you silent for?

Len Silverston: Hundreds of days over the last 30 years.

Erik Wolf: At a time?

Len Silverston: Usually ten days at a time I’ll be silent. And I’ve done that many dozens of times.

Erik Wolf: Holy cow buddy. I’ve only known you a short time and I can’t imagine that, first of all. But I’m not even sure that I could do that at all.

Erik Wolf: Well you’ve got another issue. You just told me you talked to him, you’re supposed to be silent. So what’s off limits?

Erik Wolf: So plus or minus five minutes, you were silent for ten days. That’s very impressive. I imagine that you’ve worked with a lot of people and help them with their Zen-itude and all of that. So give me a hero story. What was something that, where you went in and you brought the Zen and things really worked out well?

Len Silverston: One story that comes to mind is a woman CEO of a medium size company, about 150 employees and I went into her organization and provided meditation and mindfulness training. It was only about an hour a month and then at various times, she would actually come to my three-day retreats or three-day intensives. And the extraordinary thing that happened and she shared this with me, and she is a woman of very very high integrity, and she had said, “You know, the last retreat I went to” (because I check in with people after retreats) she said, “You know my productivity has doubled. I get twice as much work done through awareness and through concentration. I get twice as much work done.” The people in her company have reported that they have time and space. The irony is, is that if we can actually stop and take some time, we can create amazing productivity we can reduce stress. There have been studies, many studies through Gallop and Gartner saying that the engagement level of people worldwide, is 85 percent of the population is disengaged. One study says 87 percent, two years ago they did this. People are not loving their work. In another company I went into, they went in and they said the time and space, you could see it. I talked to a different CEO and he could see it and the people there have said, “Wow we’re not only productive but we’re engaged in our work. As a matter of fact, we can actually measure it.” So I have these biometric devices, for instance, one through heart math, that measures heart rate variability and there’s a whole science behind it but you can measure it biometrically. By the way, they’ve just had a record year after going in and doing the program.

Erik Wolf: That’s that’s pretty wild and that 85 percent number I mean that’s absolutely stunning. There are three of us in this room right now and that means a two and a half of us are even here. It’s crazy. And I feel like I’m not the half that’s making it work. I don’t think I have that. That’s absolutely stunning. Stunning. So Len, to try to bring us back to some sort of a target or focus. Because this is a trusted advisor podcast and I want you to be my trusted advisor for a moment. If you don’t mind, give me a quick tip for someone who is looking to or a business owner, business person, somebody like us, who are looking to become more mindful, what’s a good place to start?

Len Silverston: Well people meditate many times for decades without any measurable results. And a lot of times people will choose a meditation or mindfulness path without being mindful of the mindfulness practice. So what I think is really important as a tip is to measure it. I give people an exercise of just stopping for one minute a day. And there are various metrics that we can put to it. Like one kid that I coached had autism, 15-year old kid and he had an anger management issue and we would actually measure his level of anger management on a monthly basis. So one tip is don’t just do something and just say, “Oh I trust in this person or I do this.” Actually, there is an Eastern teaching of: do not listen to teachers, do not listen to teachings, try something and if it works, then use it. So measure it.

Erik Wolf: That’s a fantastic tip. And I think that it’s probably the first time that most of us have heard that it’s possible to measure mindfulness.

Len Silverston: There’s tremendous research in the last 10 years. As a matter of fact, corporations are now spending 1 billion dollars, according to the latest research, on mindfulness. Google has a program called Search Inside Yourself. There’s a reason for their success and some of the things that they’re doing. A world-renowned program. There are many other programs like this. This makes a huge difference. And if anybody’s interested I could show you measurements.

Erik Wolf: Well that’s absolutely fascinating and I want to thank you, Len, for joining us. We really appreciate you. How can anyone who hears this get in touch with you?

Erik Wolf: That is fantastic. Great stuff Len, we’ll talk to you again soon I’m sure. And thanks to everyone listening to the DEA Trusted Advisor Podcast. We’ll see you next time.

Glenn McWilliams Tells Us all About His Awesome Garage Condos

Dr. Steve Drury of The Alternative Board Talks About How He Helps Businesses Address Challenges