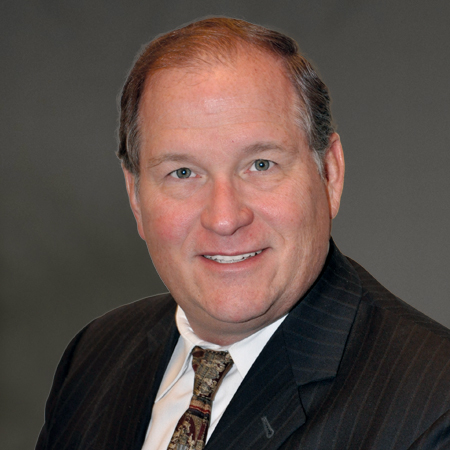 Erik Wolf: Welcome to The Denver Executive Association Trusted Advisor Podcast and if you can say that five times fast, congrats because you’re officially the new host of this show. Twice a month 30 of Denver’s top execs gather in our secret speakeasy above the Ritchie Center at DU to share our knowledge, share connections and do business. And twice a month a member is arbitrarily tossed into the trunk of my car. And they can’t get out until they answer all my questions. My name is Erik Wolf and I’m with the digital marketing agency estound. We serve small and midsize business owners with CMO-level digital strategy, website design and development, search engine optimization, pay-per-click advertising, marketing automation, and just so much more fun stuff. My guest today is Mr. Phil Maher of Wind Trust Mortgage. Phil has been working in the mortgage industry for more than 35 years and in that time he’s seen it all. He enjoys working with first-time homebuyers and walking them through the process, with high dollar buyers with complex financials and everything in between. He’s a Colorado native which I believe means that he was born in California. So welcome Phil.

Phil Maher: Thanks Erik and thanks for letting me out of the trunk of your car.

Erik Wolf: Don’t you go counting your chickens yet. I think you’re a little premature on that. So how did you get into the mortgage business? What’s your story?

Phil Maher: Well I never wanted to be in the mortgage business.

Phil Maher: Yeah I think not. But I went to the University of Colorado and had a degree in real estate finance and basically started out in commercial real estate. Back at that time commercial real estate took a huge dive and I was like OK what do I do now. They actually were going to pay me a salary to do this and I actually found out I was good at it and been in it for over 35 years.

Erik Wolf: Very cool. So talk to me about Wintrust and what you guys as a company specialize in the mortgage universe.

Phil Maher: Sure well Wintrust Mortgage is a division of Windtrust Financial which is a banking system out of Chicago and there are almost 30 billion dollars in assets and we just run the Denver office here. But a great company. They have a full line of products, pretty straightforward products but we do the down payment assistance programs and we do FHA, conventional and just any program here in Colorado that most people need to buy a home.

Erik Wolf: Is there anything in particular in that realm that you would say that you guys do a really good job at. You know, you shouldn’t talk to anybody else if you’re in this particular situation or is it sort of just anybody who needs a house.

Phil Maher: Well I think what makes us different is we can get things figured out. I’ve been in the business 35 years, our team has been in the business for a long time. So we can figure out problems other people can’t. If it’s a jumbo loan which are more difficult and more technical or if it’s a first-time homebuyer loan which can be very confusing with all the different layers that can happen.

Erik Wolf: And requirements and things like that. Well, that’s definitely good to know. So they’re obviously just a ton of mortgage people out there. There’s now a lot of ways to get to get financing. We’ve got online mortgages now and all this other stuff that didn’t use to exist. And so don’t take this in a sarcastic way, but why should I come to you with all of these other options. What’s different about you?

Phil Maher: Well as much as they’d like to make, you know Rocket Mortgage or whomever, would like to make it seem it’s simple. It’s not simple. There’s a lot of things that still need to be done.

Phil Maher: Yeah it’s an app that starts the process. But after that, if there are any complications at all it’s very difficult. So then there are so many complexities on each loan and I have thousands of examples of that. So really the reason they’ve come to us is because we care, we want to help people. I believe in the dream of homeownership I believe. I’ve seen people make lots of money at real estate and buying homes. And I think we can help people create value in their lives and a future by buying at the right time with the right products so.

Erik Wolf: OK. So give me give me an example of a time that you put on your mortgage tights and cape and you came to the rescue in a really bad situation for somebody and helped them out.

Phil Maher: Well I have one example where I had a woman whose mother was had just passed away. Her house was in foreclosure. She had to move someplace. She worked at Wal-Mart. Barely had a thousand dollars. We needed at least a thousand dollars for downpayment assistance to go into a property. We were actually able to get her into a small house in Denver. And it was a house actually and we had to use down payment assistance, we used other tools to help get her in there and she had FHA, had mortgage insurance, her payment was a little higher than she’d like but because she got in the house at that time, she built equity and within a year and a half I was able to refinance her, get her out of mortgage insurance, get her payment down and that was awesome for her and she really appreciated that. But then like two years later she called me and said, “Hey can I get a reverse mortgage?” She didn’t have a big family to give the house to or whatever. So now she’s living in that house, she put a thousand dollars down and she has no payments on her house. The house is creating its own value for her. Yeah, she’s going negative every month a little bit on that interest. But she has no payments. So here’s a woman who really improved her lifestyle that would have maybe been on the street otherwise. So that to me is a really good story of how real estate can help someone so.

Erik Wolf: About how many years ago was that, if you don’t mind me asking.

Phil Maher: Well she bought her house about seven years ago I think and paid $120,000 for her house which is probably worth almost 300 now.

Erik Wolf: If it’s a detached house in the city of Denver that’s that’s a rare commodity.

Phil Maher: Yeah it was detached and it was in the city of Denver and so she has lots of equity even with a reverse mortgage to keep that equity and her heirs will still have probably value with that property once she passes.

Erik Wolf: That is super interesting. Great story. What’s the most exotic mortgage situation you’ve ever run across. Dive deep. I want the weird stuff now.

Phil Maher: Oh real weird stuff. Oh well, there’s tons of that. Wow. I worked alone once, I didn’t do it exactly but it was for the Bacardi mansion in Florida. So yeah it was quite an interesting transaction although it never came about. But we’ve done loans. I think the largest loan is four million dollars that I did down in Castle Pines. Beautiful house looks like it should have been in Hollywood. Yep. Great little project there.

Erik Wolf: So this is, in fact, we call it the trusted advisor podcast so now you need to be my advisor. What should people do before they talk to a mortgage guy or gal? How did they know if and when they’re ready to talk to you?

Phil Maher: Well I think, I’m willing to talk to anybody and let them know where they’re out in the process. I don’t think they should.

Erik Wolf: You’re the guy on the airplane that talks to me aren’t you, you’re the guy who I sit next to and all of a sudden were BFF’s.

Phil Maher: I think, well face it anybody who has to do a mortgage they get to be my BFF because I get to know everything about them. The research we do on everybody’s background is just incredible these days for them to be able to get a mortgage. But I feel like I’m a trustworthy soul who can help them navigate these waters of real estate and finance to you know give them solutions to future problems and current problems especially right now with the quality of homeownership or the ability to find good properties at this time in Denver.

Erik Wolf: Well thank you so much for taking the time to talk to us, Phil. How can anyone who hears this get in touch with you?

Phil Maher: Well you can always call my cell phone 303-880-9595. Or they can go online to Philmaheronline.com. And that’s my Web site or Pmaher@windtrustmortgage.com. That’s my email address so.

Erik Wolf: Well very good. Thank you so much again, Phil, for joining us and thanks to all of the many many people listening to the DEA Trusted Advisor Podcast. We will talk to you next time.

Glenn McWilliams Tells Us all About His Awesome Garage Condos

Dr. Steve Drury of The Alternative Board Talks About How He Helps Businesses Address Challenges